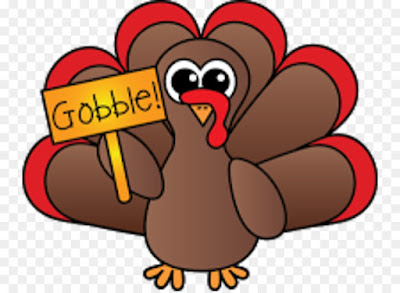 THE HAND THAT ROCKS THE CRADLE

THE HAND THAT ROCKS THE CRADLE (1992). Director: Curtis Hanson.
After Claire (Annabella Sciorra) is molested by her doctor (John de Lancie) and other women come forward, the man commits suicide. Claire and her husband, Michael (Matt McCoy), are unaware that the doctor's widow, Peyton (Rebecca De Mornay of Guilty as Sin), is out for revenge. Using an assumed identity she applies for a job as nanny and gets it, then uses her position to cause havoc in the household and try to break up Claire's marriage. When Claire's friend, Marlene (Julianne Moore of Far From Heaven), figures out who Peyton really is, a series of violent incidents occur. Claire may learn that her nanny is far more dangerous than even she could imagine.
Although somewhat forgotten today, The Hand that Rocks the Cradle was a very successful and influential movie in its day. After this there were a whole slew of theatrical, made-for-cable and direct-to-video features about homicidal, manipulative and Machiavellian women out to break up marriages, steal husbands, and the like, with sinister nannies in abundance. While entertaining, Hand is hardly a classic thriller, although it does boast some good scenes, such as a meltdown at a surprise party, and the climax with Peyton on the rampage is fairly exciting. The screenplay has only minimal characterization, however, and the direction makes it seem more like a telefilm than a theatrical movie. The acting is good, with the ladies taking top honors. Matt McCoy makes an adept, blandly handsome leading man. He, De Mornay, and Sciorra -- not to mention Moore and Ernie Hudson as a mentally-challenged handyman whose life Peyton nearly destroys -- all had busy and long careers after this movie.
Verdict: Not as visceral as Fatal Attraction, but not without its moments. **3/4.
Posted by William at 9:20 AM 2 comments:

THE CONSTANT NYMPH (1943). Director: Edmund Goulding.
This is considered a "lost" film because the rights to the novel, play and subsequent film have all been dispersed and lost over the years. While not the masterpiece I was hoping for, The Constant Nymph is still a good picture with much to recommend it. Lewis Dodd (Charles Boyer) is a modern composer whose work is not very appreciated by the critical establishment. His old friend, the composer Albert Sanger (Montagu Love), thinks that Dodd's music lacks heart and soul and won't become really great until Dodd cries (the old business of the artist must suffer). Sanger has three daughters, one of whom, Tessa (Joan Fontaine) is unrequitedly in love with Lewis. Eventually, after old Sanger's death, Lewis marries Tessa's cousin Florence (Alexis Smith) while Tessa and her sisters are sent to boarding school. But Tessa and her soul mate Lewis won't stay apart for long, leading to painful and romantic complications. 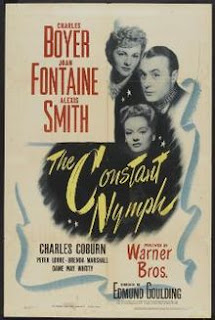 The movie is handsomely produced (it uses one of the sets from The Old Maid), well-directed and very well acted, but it's perhaps too talky and soapy for its own good. Some will find it more sappy than moving. Whatever the case, Fontaine gives an exemplary performance; Boyer is fine if a notch below Fontaine. Charles Coburn is his usual excellent self as the sisters' Uncle Charles, and Peter Lorre offers his usual distinctive persona as a man who courts and marries Tessa's sister, Toni, well-played by Brenda Marshall. But the big surprise is that utterly gorgeous Alexis Smith gives perhaps the finest performance of her career as Florence, who's desperately afraid of losing the only man she's ever seriously been in love with. She manages to summon up as much emotional fireworks as Davis and Crawford at their best without quite going over the top. The movie has an interesting subtext of the war between romantic (melodious and emotional) and modern (dissonant and mathematical) music, and it's even more interesting that the film's excellent score was composed by Erich Wolfgang Korngold, who composed operas in Vienna before fleeing the nazis and coming to America to "slum" for Hollywood. Korngold's music could be full of noisy, dissonant chords, but he decidedly composed in the romantic idiom. However, it wasn't realistic that Dodd's modern music would have been decried during the time the film takes place, as that's just when that type of music was becoming popular.
Verdict: A highly interesting curiosity. ***.
Posted by William at 9:15 AM 2 comments:

GET HAPPY: THE LIFE OF JUDY GARLAND 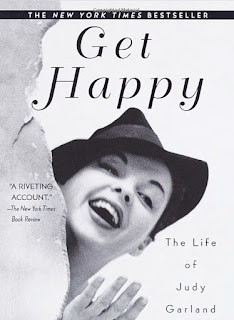 GET HAPPY: THE LIFE OF JUDY GARLAND. Gerald Clarke. Dell/Random House. 2000.
Here is another book that traces the life of the famous singer-actress in generally sympathetic fashion. Clarke looks at Garland's early life and her parents, her emergence as an MGM star, her struggles with diet and pills and more pills, her numerous affairs, marriages and divorces, and even her movies and concerts. There are some things in the tome that give one pause, however. The notion that Judy's mother, the homely Ethel Gumm, was trading sexual favors for consideration for her daughter, seems ludicrous, but to be fair Clarke says whether this is true or not "is impossible to say." Clarke is largely sympathetic to Judy's father, a theater owner, but there is a big difference between a man who is simply gay or bi and a married man who hits on teenage boys -- Clarke doesn't seem to get that if this was true the man was a predator. Clarke also seems too credible when presented with alleged evidence -- a letter -- that Tyrone Power was madly in love [!] with Garland. In those days (and even today) actors would have done anything to cover up even an inference of homosexuality. Clarke also states that Garland "occasionally enjoyed a frolic with another woman" but refuses to label her as bisexual -- huh? Still, Get Happy is well-written, and has some solid information to go with the more suspect material.
Verdict: Generally worthwhile if imperfect Garland bio. ***.
Posted by William at 9:10 AM 2 comments:

FOUR STAR PLAYHOUSE: Ladies on His Mind (1953). Directed by Robert Florey.
Four Star Playhouse, which aired from 1952 to 1956,  had a series of rotating hosts, four stars including David Niven, Charles Boyer, Dick Powell, and Ida Lupino. Either one of the aforementioned male stars was replaced by Ronald Colman, or other stars appeared in certain episodes when one of the hosts wasn't available. In any case Colman [The Prisoner of Zenda] is the star of this indifferent and forgettable half-hour segment, the 17th episode of the first season. In "Ladies On His Mind" Colman plays a happily-married psychiatrist whose wife (Benita Hume) doesn't seem to think too much of his profession.
During the half hour Colman sees three female patients played by Patricia Morison (an actress who only hopes to find true love), Elisabeth Fraser (who fears her husband's best friend has fallen in love with her when it might be vice versa), and Hilary Brooke (an unhappy neglected wife whom Colman seems to think is a shrew worth poisoning without ever meeting her husband). As he listens to the ladies' woes, Colman fantasizes himself into a stark painting on the wall where sort of mini-ballets are played out, none of which are very interesting. Colman is as excellent as ever, Hume personifies middle-aged loveliness, Brooke is quite good as the neglected wife, and the others are fine. But the script for this lets everyone down. Gifted director Robert Florey [The Face Behind the Mask] does the best he can with the material. Alix Talton [Deadly Mantis] plays Colman's nurse.
Verdict: Tries to be something different but just doesn't work. **.
Posted by William at 9:05 AM 2 comments:

NOTHING BUT THE NIGHT

NOTHING BUT THE NIGHT (1973). Director: Peter Sasdy.
A number of trustees of the Van Traylen Orphanage on the island of Bela are dying in suspicious accidents. Then a bus crash puts one of the orphans, Mary Valley (Gwyneth Strong), in the hospital, where she is ministered to by Dr. Haynes (Keith Barron) and a reporter named Joan (Georgia Brown), both of whom have to contend with the girl's abusive and crazy mother, Anna (Diana Dors). Eventually Colonel Bingham (Christopher Lee) of the police and Sir Mark Ashley (Peter Cushing), a concerned doctor, head for Bela to find out exactly what is going on in the orphanage and check up on Mary. But the homicidal Anna is heading there as well, yet Mrs. Allison (Shelagh Fraser) and the other staff take it, strangely, in stride and even refuse special police guards. Bingham and Ashley discover that what's going on in the orphanage is even more horrible than they suspect ...
With its two special stars, an adept supporting cast (especially Valley, Brown and Dors), an interesting premise, not to mention a skilled director in Peter Sasdy, Nothing But the Night -- which is not a Hammer production, unfortunately -- should be much better than it is. Unfortunately, the movie is lethargic -- there is no tension or suspense and you find yourself merely watching to see what happens instead of getting caught up in the events. There is a fairly exciting climax when all is revealed, but by then it's too late. Too bad. Georgia Brown, who is very good in this, first made her mark playing Nancy in the musical Oliver in both London and New York, but she wasn't in the film adaptation. Cushing and Lee were frequently teamed together, such as in Dr. Terror's House of Horrors, The Curse of Frankenstein, and The Skull, among several others.
Verdict: An interesting failure. **.
Posted by William at 9:02 AM 2 comments:

Oops! Got behind in my posts. No Great Old Movies this week. But I'll be back with more reviews in two weeks.

Meanwhile, check out my brother blog B Movie Nightmare. Fun!