THE MINOTAUR, THE WILD BEAST OF CRETE 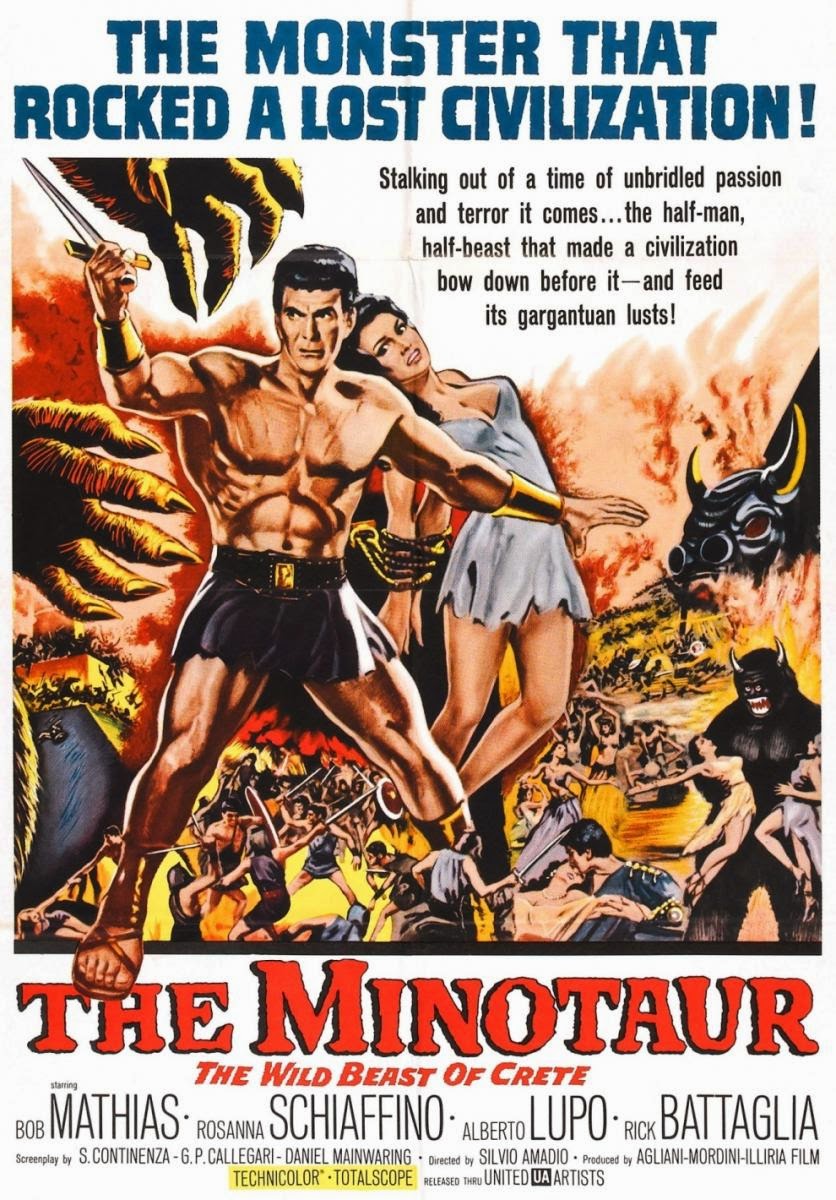 Theseus (Bob Mathias) saves the life of a banished princess, Ariadne (Rosanna Schiaffino), whose own wicked sister, Princess Fedra (also Schiaffino), wants to kill her, seeing her as a rival and a threat to her power. Fedra is aided in her evil by the nasty Chirone (Alberto Lupo), who tries to manipulate her father, King Minosse (Carlo Tamberlani). Theseus has Demetrios (Rick Battaglia) on his side, as well as others who are secretly working against bitchy Fedra. When Ariadne is sacrificed along with a batch of virgins to the monstrous minotaur in its cavern, Theseus makes his way into the rocky maze to deal once and for all with the horrible creature. While deliberately-paced, The Minotaur is not a bad Italian fantasy film, and the shaggy, fanged minotaur itself is not too shabby. If you're expecting something along the lines of a Ray Harryhausen fantasy film, however, look elsewhere. California-born Mathias won medals in the Olympics, was a former marine, and after his brief acting career wound up became director of Selective Service and a congressman. His performance is okay, and Schiaffino is similarly vivid.